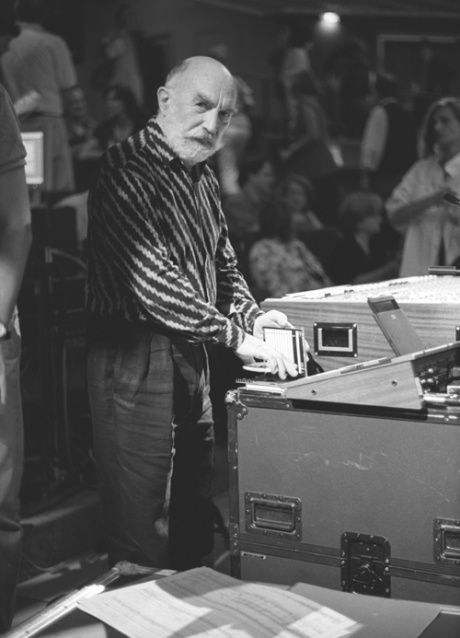 Born in 1927, both his parents were piano teachers, though, as Parmegiani related to Rahma Khazam in The Wire 176, “I worked quite hard at the piano with my mother, but my musical tastes were more orientated towards musique concrète [even though] that type of music was relatively unknown at the time… I used to listen to the first pieces by [Pierre] Schaeffer and [Pierre] Henry on the radio every Sunday, and I was very excited by what I heard.”

Parmegiani initially studied mime, and then worked as a television sound engineer, but decided to work under Schaeffer at his then newly formed musique concrète research group, the Groupe de Recherches Musicales (GRM), in Paris. While there he worked with Iannis Xenakis, François-Bernard Mache and many other early experimental composers. If the start of his career was overshadowed by Schaeffer and other GRM luminaries, his later work has proven to be widely influential on subsequent generations of electroacoustic and electronic music composers, including Aphex Twin, Autechre, Keith Fullerton Whitman and many others.

About one of his most widely known compositions, 1975’s De Natura Sonorum, Parmegiani said: “[In it] I distanced myself from the power of sound, from what I call the power of Orpheus. Orpheus charmed the plants and animals with his lyre, and in the pieces I composed prior to De Natura Sonorum I was under the spell of the sounds: I created sounds that evolved and that I found satisfying and I left it at that.”